Board members lend talents to judging

U.S. International Film & Video Festival is fortunate to have three of its board members among its judging teams for 2013. Michael Marshall, Neil Curry and Joseph Ball have generously helped out when needed. And, considering their many commitments, we are thankful for their support.

Marshall, founder of Breathing Space Productions, Isle of Whithorn, Scotland in the UK, established a community cinema in his home area. He writes he is “passionate about passing on my skills to others – recently acting as a mentor to graduate film students in the UK, teaching digital photography and video techniques privately, as well as for several Adult Learning programmes in the southwest of Scotland.” Marshall also counts a number of wins in the competition from 1987-2004. He also lives in a beautiful place that lends itself to cameras: See http://www.isleofwhithorn.com/ 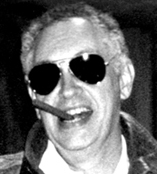 Neil Curry, Insight Films in Western Cape, South Africa, is the originator and producer, in collaboration with Oxford Scientific Films, of “The Elephant, The Emperor and The Butterfly Tree,” which won the Golden Panda at Wildscreen in 2004. The film tells the story of the eternal struggle between the elephant, the emperor moth - or rather its caterpillar - and the mopane tree: a saga of destruction, rebirth and survival - and the effect this has on the lives of the human beings who share the same environment and who depend on the ecosystem for their livelihood, and on the harvest of mopane worms it produces to supplement their diet. Curry now works in “retirement” in Africa. He moved there from England as a director-cameraman with the Central African Film Unit in what was then Rhodesia, and then to South Africa, to the newly created National Film Board.  Later, with his own production company, he made films about the gold and diamond mining industries, farming, exports, the arts, and wildlife.
Posted by FilmFest Staff at 4:34 PM No comments: