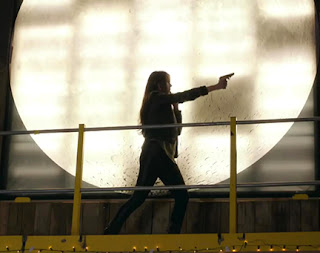 “Olive Green,” an online project that combines an interactive movie, a computer game and an English learning application, proved to be the perfect marriage of entertainment and education --“edutainment” --  in the 2015 US International Film & Video Festival, Los Angeles. The movie, produced for SuperMemo World, Poznan, Poland, by Ekstasy Ltd. of Harrow, U.K., won Best of Festival (Grand Prix) – Entertainment. It also received a Gold Camera Award in Entertainment: Entertainment Programs: Action / Adventure.

The movie works with an online English course that can take students from beginner to advanced English, based on a syllabus developed according to the Common European Framework of Reference for Languages (CEFR). The CEFR guideline is used to describe achievements of learners of foreign languages across Europe and other countries such as Colombia and the Philippines. Aimed at self-learners aged 16 to 35, the movie uses games, quizzes 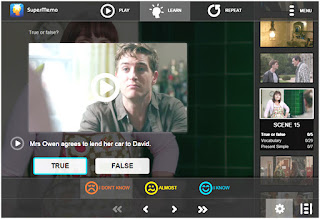 and plot twists that support the SuperMemo learning method of memorization. Instruction and subtitles are available in 10 languages.

The movie’s plot has Olive Green, a smart art thief, at its center. Olive is commissioned by a mysterious British businessman to steal a precious painting from a country manor. The mission is nothing like what she expected. She ends up messing up with high-profile criminals, being betrayed, chased and brutalized. And – what she never anticipated – she finds … love.

The film’s dialogues introduce the English language and expose viewers to different accents. Also users can play the film characters’ roles in interactive dialogues and read about their adventures in new contexts beyond the film.

Mike Saraswat, founder of Ekstasy, was producer on the project, which was directed by Suki Singh and edited by Ilinca Calugareanu. Chris Fergusson was director of photography, and the script was by Wojciech Wojtasiak. General design, coordination and management were by SuperMemo World with the aid of CEO Krzysztof Biedalak, who with Piotr Wozniak founded SuperMemo World. Biedalak, in an interview, noted the project began in January 2013 and while not the largest project SuperMemo has done, he believed it was “going to be the best and, in the future, the most popular product we have ever developed.”